The Importance of Diverse Media: SO THAT HAPPENED—a Standout LGBTQ Web Series

So That Happened, a short web series created by Matkai Burmaster and co-written with the show’s talented producers Deanna Widmeyer and Ally McLean (and Executive Producer Tyler James Conover), begins with a simple enough premise; a young woman in the honeymoon stages of a new relationship meets her partner’s family and from there chaos ensues. By no means an original story. But like all truly innovative pieces of new media, what is done with a trite and boring fish out of water tale, turns into a heartwarming case study into what love, and family, is all about.

Allison McLean and Asante Tracey play Jess and Zac, the lead couple just trying to get to know each other amongst the chaos

At its inception, So That Happened appeared to be yet another attempt at a dark horse comedy; entirely crowd funded and housed under the relatively freshman streaming service Fearless, on a surface level, it can be mistaken for a drop in the ocean from countless independent filmmakers. And indeed to a sophomore viewer, So That Happened makes much of the same mistakes as its lesser-known predecessors; reliance on editing, occasionally mechanical comedy, aborted arcs—all things we have come to expect as lovers of independent media, which almost always come with a bland acceptance of the resulting budgetary constraints; a staple of the genre.

However, to say that So That Happened is heartwarming is to grossly undersell the atmosphere created by Burmaster’s ingenious storytelling and direction. Early on we are introduced to a cast of characters that is as easy to love as they are interesting—and sometimes scandalous—to watch. “Hilarity ensues” is only a part of the appeal. The viewer is given a genuine impression as to the tender way the cast approaches each other in real life as they do onscreen, a rare treat into the world of production that lies beneath. Burmaster incites laughter as he does tears in the sixth episode in particular (“Totally Fudged”), and his artistic choices only point to the natural instincts of a rising content creator.

Burmaster and Ingram in So That Happened

Indeed, So That Happened has much in common with the negatives of others in the indie genre. But its ability to rise above and beyond is what makes it a series worth the watch.

Starring the ever charming Ally Mclean as Jess (the aforementioned fish out of water), Asante Tracey as Zac (incorrigibly arresting as he is handsome), Deanna Widmeyer as Wanda, David Emanuel as Chris, Mark Ingram as Frank, and the stupendous Remi Adeyinka as Alice, So That Happened is a true credit to the indie web series genre, and worth keeping an eye on. Check out season one on Fearless.

Stacey's Review of So That Happened

So That Happened is a heartwarming case study into what love, and family, is all about. It is a true credit to the indie web series genre, and worth keeping an eye on. Check out season one on Fearless. 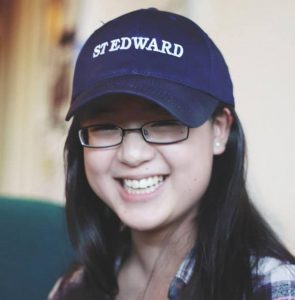 Stacey is an aspiring writer/director from Johannesburg, South Africa. A part-time banker, and stand up comedienne (in her bathroom mirror only), she resides in Markham, ON.

449
Featured News
EXCLUSIVE DEAL: Get a LIFETIME membership to this trending streaming service for just $29.99!