Worldwide, there are approximately 285 million people who have some form of visual impairment or disability. Of those 285 million, over 30 million people are totally blind. I am one of them, and I enjoy both movies and series just as much as you do. From the new season of Atypical to the new episodes of my favorite documentary series, I’ve been following and watching films and series for a long, long time. And yes, I said watch. It’s something normal, most blind people use these words even though it’s not really about seeing things directly with our eyes.

This is the trailer for one of my favorite series — Money Heist. Like a good crime series, it’s full of action, sneaky looks that say more than they seem, and small visual details that gradually reveal the direction of the plot. However, I was able to follow the series independently and without any problem. Since it is a Netflix original series, it offers the Audio Description service. But what exactly is Audio Description, and why is it important to fight for it to be implemented in all films and series?

Broadly speaking, audio description is a service through which a voiceover describes those purely visual things that occur in a film. It is a non-intrusive service since this voice only speaks when no character is speaking, and it usually describes the most important details. We may not know what colour the protagonist’s trousers were, at least if it’s not important to the plot, but we will know what she’s doing and who she’s interacting within those moments of silence when in the past we could only use our imagination.

Fortunately, society and part of the film industry have gradually realized that we visually impaired people not only enjoy but have the right to enjoy series and films like our sighted peers. This has led, among other things, to more and more titles coming with audio description included.

Netflix is one of the most remarkable examples, for the simple fact that each of its original series and films have built-in audio description, which can be activated through the application. In most of the sites that offer audio-described series and movies, these are usually available months after the movie or series has been released. For many of us who are used to this form of entertainment, the wait is unbearable and unjustified and has the potential to keep us out of important conversations of the moment. This happened to me, personally, with the last season of Game of Thrones. When the audio descrived version came out months later, it was no longer worth watching – the many spoilers I had read and the times I was told the scenes made it no longer worthwhile.

However, it is necessary (and important) to note that not all blind people watch movies with audio descriptions. There are people who are good at imagining things, even if in the film or series there is no way to even get a remote idea of what is happening. Or, when this service is non-existent, watching productions without audio-description, even if we aren’t able to understand what is happening, is the only option we have so as not to miss out on those things we like and care about.

It is true that there are series of films that, thanks to the number of dialogues and scenes with lots of sounds, audio description is nothing more than a compliment that allows us to understand the situations and go deeper into the story. This is important because, in most cases, the key is in the details.

But just as there are films or series in which audio-description can be considered superfluous, there are also more complex cases, such as action series or films. The sound of guns, for example, while indicative of what’s going on, in most cases, it doesn’t give us a sense of what’s really happening to the characters. Did someone just drop dead? Is anyone hurt? These kinds of details, so important for understanding a lot of productions, simply go unnoticed by us.

The same tends to happen with scenes or films where, for example, there must be a certain amount of secrecy and therefore the sounds that could tell us what’s going on are scarce; or also in comedy films, in which the characters often make grimaces or gestures that are important for getting jokes across, and which for us would be practically impossible to understand if it weren’t for these services.

The importance of audio description goes beyond a simple service for the visually impaired. Audio-description, and its prevalence in the film industry, shows how society is transforming such abstract concepts as inclusion and accessibility into concrete actions that make it possible for all of us, regardless of our differences, to enjoy an industry as big as this one.

However, there is still much to be done. The number of titles in which the audio-description service is offered is tiny compared to the number of series and films that are released each year. The influence and importance of audio-description is not being taken into account massively, at least not by those who make the strongest decisions in the industry and are responsible for bringing this type of service to light. If this is the case, it is precisely because it is not an issue that is being dealt with in the media, since the demand exists, and seeks to be heard.

If we want this to change, these issues need to start being addressed publicly, and this depends entirely on ordinary people, like you and me. If these kinds of issues are not disseminated and heard, accessibility would be nothing more than a bland and distant concept, which is talked about a lot, but not really implemented in real life. If we can get audio-description, and all those existing ways of making film industry productions more accessible for people with disabilities into the public conversation, together we can change this prospect and make total accessibility a reality. 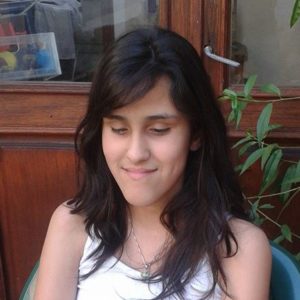 Milagros Costabel is a writer and disability rights advocate from Colonia, Uruguay.