The Reality Behind UnReal

Back in 2015 I was introduced to a gritty and dark drama that had me craving more as soon as the first episode finished. The show UnREAL season 4 aired on Hulu earlier in July and my sister and I watched the whole 8 episodes in 2 sittings. The topics touched on in the show are so relevant in our political climate I could comment on them for days. We saw female driven characters, struggles with mental illness, a multitude of men abusing their power and more. It is an impressive show that should be watched by all adult audiences, male and female.

The show was created from a short film that Sarah Gertrude Shapiro wrote and directed in 2013. The short, Sequin Raze, is spectacular. I feel that it would be better appreciated after watching UnREAL, but it is unnerving on it’s own. In an interview with Vanity Fair in February 2018, Shapiro commented about her time working as a producer on The Bachelor, “I feel like there will be blood on my hands forever. […]I hope that some of what we’ve explored on UnREAL is atoning for those sins” (Miller 2018).

The short includes many elements that Shapiro herself had to deal with while being a producer. Packed in 20 minutes we watch Rebecca Goldberg, played by Ashley Williams, lie and twist words around to a numb Jessica, played by Anna Camp, to create the narrative she needs. It’s captivating to watch Rebecca struggle with herself as she tricks Jessica to fulfill her job. Every moment and word that is included in the short is something that Shapiro had to do to keep her job. Although, in a 2016 interview with The New Yorker, Shapiro said if she got fired it “would have been a great solution to my problems”(Max 2017). Sequin Raze can easily be found on Youtube, but for your convenience here it is:

In UnREAL we see the torment producers go through, but drawn out on a larger scale. Over the course of each season we watch the deterioration of the main character, Rachel Goldberg, played by Shiri Appleby, claw her way through the job. In season 1 she’s at the lowest she’s ever been. We can easily sympathize as she constantly tries to get her feet under her only to be knocked down time and time again. Often opposite Appleby is Constance Zimmer, giving an Emmy nominated performance of Quinn King, the ruthless showrunner of the fictional tv show Everlasting (based on The Bachelor). In UnREAL these strong female characters are constantly butting heads with their opposing views but, oh-so-similar personalities.

Behind the scenes of UnREAL, a majority of the episodes were directed by females. Several by Shapiro including the first episode which was co-directed with the executive producer Marti Noxon. In the later seasons both Appleby and Zimmer try their hand at directing some of the greatest episodes in the series. Shapiro felt that it was important to have a show about feminine strength be run by women. “Its been a total joy to create and give that environment to other female directors” (Miller 2018).

Shapiro wanted the show to reflect and comment on real life. In season 3 they introduced a female suitor who was also a feminist. In season 2 there was a black bachelor and a black lives matter activist that Shapiro negotiated with Lifetime to have. Shapiro has had former colleagues contact her about the authenticity of the show. The producers on these shows really do makeup rumours and tell the contestants lies. “The night they were going to get dumped, I would go to the hotel room where they were staying and say […] he’s going to pick you – he’s going to propose” (Max 2017) said Shapiro in that New Yorker interview. We saw many aspects of this kind of torment happen in UnREAL. Every time I watched the show I wondered if it was based on truth. When I started watching UnREAL I had never seen an episode of The Bachelor or any of its spin offs. My reality shows usually consisted of harmless competition shows like America’s Got Talent and Master Chef. The more I researched for this article the more I learned of the dark truths of what’s going on behind the scenes. Competition shows often have a winner picked ahead of time, usually someone that will elicit the biggest response from the viewers. Sometimes they will keep a person on the show to create a reaction or because they have more storylines to play out. Some shows like Jersey Shore were what’s called ‘soft-scripted’. This means the talent is given an outline of what the producers want to happen and it is up to the talent to get it done.

The most sickening technique I learned is something called Frankenbite. Editors are able to cut together bits and pieces to change the meaning of what a contestant said. They are able to create their very own story of what they want to happen. Think of all those “reaction shots” in The Bachelor while one of the ladies is talking to camera (which might have been captured at a completely different moment in time). The dialogue is pieced together over cuts in the footage so that she will say exactly what they need to make a compelling story. We see more of this sleazy trick in the latest season of UnREAL. We watch in horror as Quinn snips together a completely false account of a traumatic event and airs it on television. For the first time in four seasons we get to see how the viewers and media eat up the drama and buy into “toxic sludge” as Rachel Goldberg referred to it in season 3.

Due to the messy change of networks there’s a little dancing required to watch the UnREAL. The first 3 seasons can be found on Amazon Prime and the 4th and final season is available on Hulu.

This show is eye opening and begs to create discussions about all aspects of life. It really does make you question every frame of “reality tv” and every post or tweet in the media. How many producers were just off camera making tweaks? Or how many hours were spent in the cutting room splicing together fictional shocking accounts of events no matter the truth or the harm that falls on the talent. I do feel that as long as you, the viewer, keep in mind that reality television is not reality then binge away. As Quinn reminded us in season 4 it does employ hundreds of people, and it’s entertaining as hell! 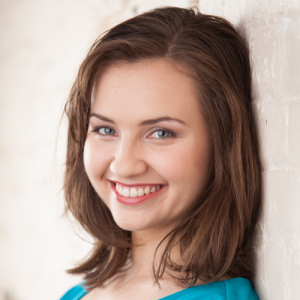