Every once in a while something catches your eye and reels you in because it stands out as being different. That’s what happened to me in the case of Ma vie de Courgette or as it’s titled in English: My Life as a Zucchini. Yeah. That’s exactly what I thought too – “My Life as a Zucchini? What the hell could this be about?”

Like anyone would do, I clicked the synopsis and was intrigued, but then got distracted by a flashier film that was actually in English and told myself I’d just watch it another time. Well another time came to be right after the film I’d chosen over it, because the whole time I was watching the other film, the title ate away at me. I quickly found that it wouldn’t just be the title resonating strongly with me.

The film begins  with a somber affair. Young Courgette’s (French for Zucchini) mother who is an alcoholic, meets her unfortunate death which sends him to an orphanage. Along the way he befriends the police officer who was assigned to his case. Despite getting off to a rocky start he quickly finds a happy place amongst staff and children. When new girl Camille arrives, Courgette instantly falls in love, but problems arise when her spiteful aunt arrives to take custody in order to collect the money for taking Camille in.

At the time of writing this, My Life as a Zucchini currently only has 1.5/5 stars on Netflix, which I believe to be an incredibly poor representation of the fantastic film. Director Claude Barras, and voice actors: Gaspard Schlatter, Sixtine Murat, Paulin Jaccound, and Michel Vuillermoz along with the animation team bring an otherwise solemn affair to life. The colourful visuals of the film offer an incredible contrast to the deep emotional journey that the characters take the viewer on, which can be particularly hard hitting when being constantly reminded that the characters who only seek love and affection, are merely children.

My Life as a Zucchini struck a chord with me that has resonated long after the final credits. The superb use of stop motion, colour, emotion, and story prompts me to give this film a perfect score. With a run time of just an hour and a half, I highly recommend you give it a watch!

Patrick's Review - My Life as A Zucchini 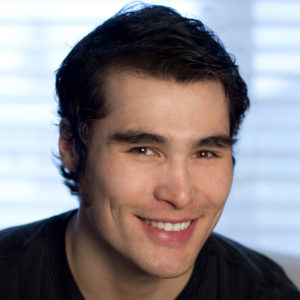