Dafina Roberts Dishes About the Importance of Intersectionality

Growing up in New York City, Dafina Roberts did not see many shows that reflected New Yorkers living their fullest lives, especially not from the perspective of characters who had intersectional identities. Roberts took it upon herself to make a series that reflected the life that she and her friends had growing up in the city. Not only did she direct the series Giving Me Life in the Land of the Deadass, but she also did the editing, coloring, and sound for the show. She was also a Kickstarter Creator-in-Residence, which is what helped her and the team to complete the show. The title of the show was inspired by the idea of finding joy in a city that can be so serious and harsh sometimes. For those of you who are unfamiliar with New York slang, “Giving Me Life” means anything that brings one joy while the term “deadass” means something that is serious. Watch the trailer for the series:

The series was well-received by its audience in New York and became the recipient of the AT&T Audience Award for Best Episodic at the Frameline Film Festival, which is the San Francisco International LGBTQ Film Festival.

Dafina Roberts specializes in creating content for Gen Y and Gen Z. She chooses to create content for a younger audience because she loves coming of age stories. She admires those stories because they show how we believe one thing when we are “young and innocent”, but then those ideas get challenged as we grow up. It is a universal struggle that we all face at one point in our lives and Roberts loves how the situations these characters are put in can be relatable to so many of us. To her, coming of age stories are about finding joy within the difficulty of realizing that life is more challenging than we anticipated. Roberts said, “The irony of life is the thing that I think the best stories have — it’s not all good and it’s not all bad, and you do lose some stuff along the way. But there are other things to gain and there’s a beauty in that.”

The series Giving Me Life in the Land of the Deadass is a coming of age story about a group of young Black and Latinx characters who are navigating through the changes in their lives. Roberts included characters who have intersectional identities as that is an important aspect to many people who live in New York City. For example, the character Travis is gay, but he is also Christian. While some people may argue that one cannot be gay and Christian, the series shows that people can and do have intersectional identities. Roberts explained, “To not recognize that [intersectionality] and to always make it seem like people have to slice up their identity in order to exist doesn’t serve our community and doesn’t give us an opportunity to talk about the changes and the opportunities and the real things that we’re doing to make our lives whole.” The character Travis does not feel guilty for being both gay and Christian because Roberts didn’t want to make another movie about someone feeling guilty for their identity. When asked why intersectionality is significant, Roberts explained, “I think intersectionality is important, because that’s how we live our lives and trying to section us off just doesn’t feel real.” People demand intersectional characters and content because they want to see characters and stories that reflect their own experiences.

One unique aspect of the show is that every episode focuses on a particular character. Roberts further talked about why she made this artistic choice, “I really just think that people want to hear stories that are not centralized on a particular perspective because I think a lot of people feel like that’s maybe what got us into the place we are with this country. There’s been an idea that there is only one way to look at history, there’s only one way for us to understand our identity, and that one way is the right way. And the reality is that most young Americans don’t believe that anymore. It’s not to say that you don’t have a right to see the world the way you see it. But you don’t have the right to say that we all have to see it the same way.” She continued, “I feel this is the kind of storytelling that people want to hear. And it gives us all an opportunity to see how in many ways, we maybe feel like we’re the stars of our own story and someone else might be like a supporting character, but in the end, we’re all in it together.”

Through her series Giving Me Life in the Land of the Deadass, Dafina Roberts highlights the intersectional identities of various characters through a coming of age story. The show is relatable as we all go through the struggles of growing up and facing reality for what it is. As a result of every episode focusing on one person, we begin to think of ourselves as the protagonists of our own stories who are experiencing life together.

Watch Giving Me Life now on the Fearless app. 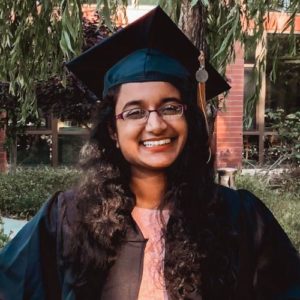 588
Featured News
EXCLUSIVE DEAL: Get a LIFETIME membership to this trending streaming service for just $29.99!